The Church, and the People 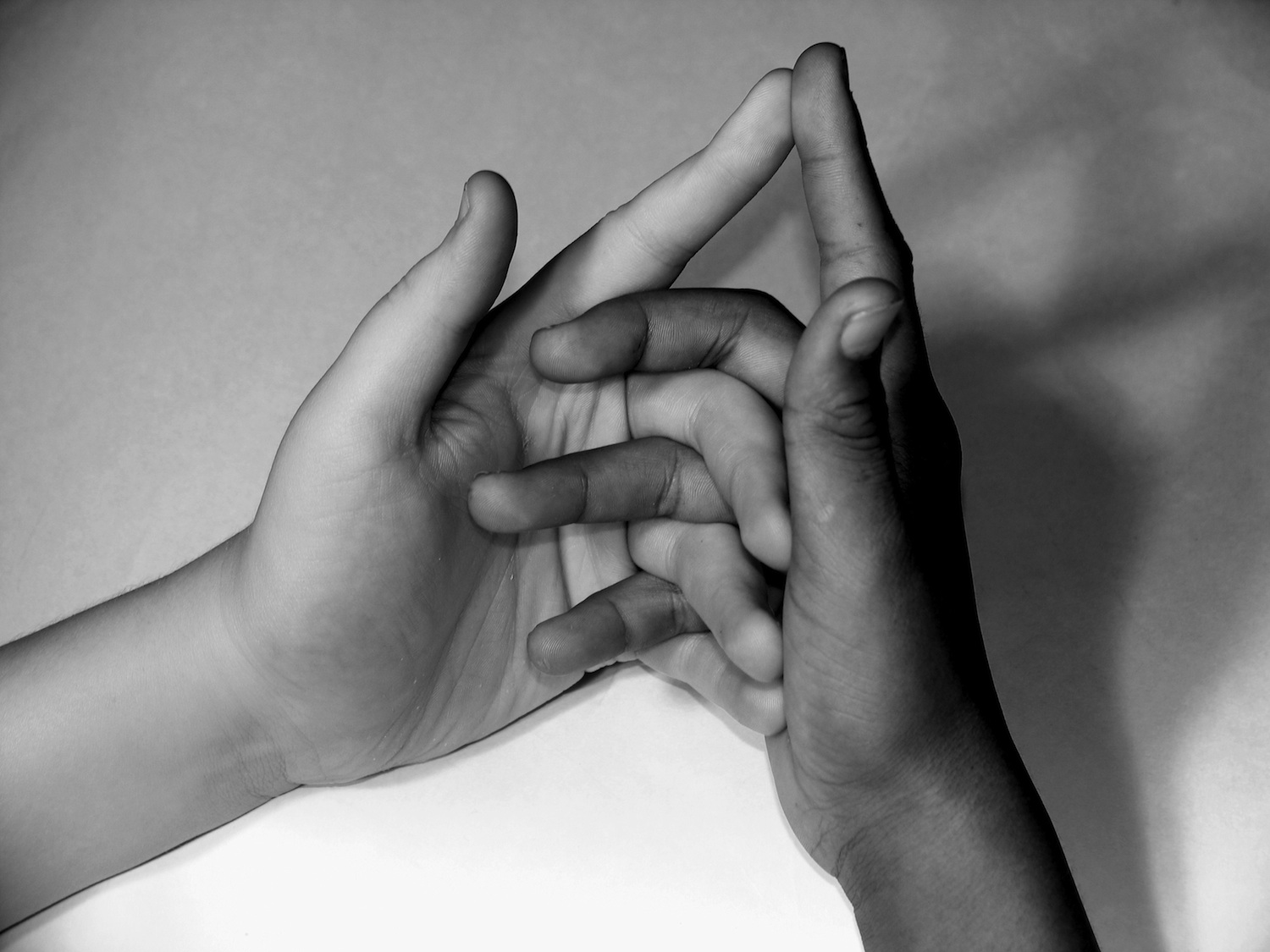 One might recall the childhood activity of folding one’s hands, fingers pointing inward through the knuckles, then rotating one’s hands open and waving the fingers around, saying, “Here is the Church. Here is the steeple. Open the doors, and see all the people.”  This child’s activity can call to mind the strength of the Church as a place and an institution, as well as the strength of the Church as the people of God.  This paper seeks to illustrate the presence of Church structure and the acknowledgement of the Church as “the people of God” as two complimentary yet contrasting aspects of Church, and how they have evolved through ages of the Church.  In a sense, this balance of Church structure and the people of God is representative of the balance between Peter and Paul and their influence in the early Church.  Peter’s writings convey his deep sense of his Jewish roots, expressed in the Judaic covenants and the journey of the Jewish people as God’s chosen people.  Paul, on the other hand, especially in his later pastoral epistles, imparts his desire to apply order and structure, like that of the Roman Empire, to the early Church.  As one studies various ages of the Church, one can see a constant striving for balance between the desire for a strongly structured, organizational Church, against a desire for a strong appreciation of God’s people as “Church.”

In the pastoral epistles, Paul stresses the initial formation and presence of Church structure as he discusses the qualifications to be a leader in the early Church and addresses those who have oversight of the various local churches.  This rigor around Church structure is an adjustment for Paul.  In his early letters, his missionary zeal rules.  However, the pastoral epistles are a shift from his early missionary spirit, replaced by “the concern to maintain the survival of a community bound by the traditions of the apostles, and [replacing] the early charismatic leadership [with] a rigid structure that regulates the life of this community.”1  In The Churches the Apostles Left Behind, Raymond E. Brown paints a picture of Paul near death, and suggests that this change in Paul’s focus is due to thinking about those he is leaving behind – “How are they to survive, especially since an enormous danger is presented by false teachers who could mislead them (Titus 1:10; I Tim 4:1-2; II Tim 3:6; 4:3)?”2 Paul practically opens the letter to Titus asking the community to “set right what remains to be done” (Titus 1:5 NABRE) and appoint presbyter-bishops, seeking to ensure the bishop is present as the authority providing Apostolic continuity.  Through Paul’s writing in the pastoral epistles, a modern reader gets a sense of what the early Church was starting to stress in terms of leadership (local bishops) and leaders’ moral qualifications.  The Apostles sent delegates with authority based in their own apostolic authority, which evolved into an expectation of bishops responsible for the local churches, carrying that same authority.

When Constantine formally recognized the Church in 313 AD, the structure of Church started to crystalize into its current form, in parallel with political and governmental structure of the time.  Along with public security and protection, Constantine also put the church under himself as “the supreme lawgiver, the pontifex maxiumus… [and] he convoked the first church councils… decided when such councils were over, and whether their decisions were valid and had the force of law.  He also drew ecclesiastical districts, appointed bishops, and heard appeals on ecclesiastical matters.”3  Although this wasn’t the ideal vision of Church, with emperor over pope, it did accelerate the formation and formalization of Church structure.  It also put into place many of the parallels between Church structure and civil structure that are still in place today, such as, the global authority of the pope and the start of the recognition of councils and canons.

As Brown points out, advantages of an organized church structure include an assurance that stability and continuity are enhanced, and that qualifications for good and appropriate church leaders are established.  In the age of the Church Fathers, bishops were present and held collegiality with the bishop of Rome as their de facto head, providing the structure of the Church through the first several centuries.  During this time and into the Middle Ages, at least seven Church Councils met and helped to further clarify teachings and strengthen this structure through their gathering and collaboration.  During the Middle Ages, the Church structure became the only European structure in place, helping hold together Western Civilization as we still know it.  In the High Middle Ages, Church structure and power became formalized in the papacy, until the Protestant Reformation when Luther’s reforms effectively rallied against Church structure and authority.  In the modern world, the Church continued to lose power through political shifts.  At the Second Vatican Council, there was a definite desire to emphasize the laity and their place in the Church and world, which suggests the laity had become less important as the structure of the Church had grown through the ages.  Pope Francis continues to push power away from Rome, toward fellow bishops and national bishops’ conferences.

Compared to Paul’s institutional Church of his pastoral epistles, the Church is stressed in different terms in I Peter, which carries an “insistent description of the church against the background of Israel”4 as the people of God.  This makes sense, with Peter’s mostly Jewish audience in Jerusalem and in the Jewish people spread throughout the world.  In this Petrine heritage, many expectations of Christian life and behavior are framed against the life and behavior of God’s people in the Old Testament.  The pinnacle of this framing is the “Christian life… described as a time of exile or sojourning with the hope of an inheritance yet to be attained (I Peter 1:17; 1:4), echoing Israel’s desert wandering before it reached its inheritance in the promised land.5  The writings in I Peter teach eloquently of the gift of new life in Christ through Baptism and what that Christian life of the people of God should look like.

Brown points out that a strength of the church as “people of God” is that members have a sense that there are real benefits to be gained from belonging.  This was especially important in the context of the persecution faced by the early Church, with its cultural alienation and ostracism, with a new family, a new home, and a promise of new life in Christ.  Church as the people of God also stresses a strong sense of community and the priestly dignity of all the baptized.  Risks or weaknesses called out by Brown include the fact that a sense of exclusive privilege can develop among the faithful, and the risk that outsiders can be viewed as “non-people” or something less than the faithful.

“God… does not make men holy and save them merely as individuals, without bond or link between one another. Rather has it pleased Him to bring men together as one people, a people which acknowledges Him in truth and serves Him in holiness. He therefore chose the race of Israel as a people unto Himself…. taught and prepared this people, making known in its history both Himself and the decree of His will and making it holy unto Himself… by way of preparation and as a figure of that new and perfect covenant, which was to be ratified in Christ, and of that fuller revelation which was to be given through the Word of God Himself made flesh… [instituting the] new covenant, the new testament, that is to say, in His Blood, calling together a people made up of Jew and gentile, making them one, not according to the flesh but in the Spirit. This was to be the new People of God. For those who believe in Christ, who are reborn not from a perishable but from an imperishable seed through the word of the living God, not from the flesh but from water and the Holy Spirit, are finally established as “a chosen race, a royal priesthood, a holy nation, a purchased people . . . who in times past were not a people, but are now the people of God”.6

Vatican II planted the seeds for a new growth for the Church as the people of God that has continued to flourish still today, and it is an important direction in which the Spirit has guided the church in the modern era, in response to political changes and individual desires of the faithful.  In an article titled “Church and ministry: a Roman Catholic perspective” published in 1982, Mark Heath writes,

“For Roman Catholics this growing consciousness of church is not only a search for an alternative to individualism but also for an alternative to the identification of church with hierarchy. The seat of this consciousness was sown in the aftermath of world political and economic revolutions. In a new era of democracy and labor unions, the life of the church became the responsibility of all its members and not alone of its leaders.”7

In this modern era, the Church and its members are yet again seeking an acceptable balance between Church hierarchy and the individual sense of identity as God’s own people. Just like in the child’s play of folding one’s hands into the Church, then opening them to see the people, the Church has sought through its ages, and continues to seek in modern times, the balance between institution and people, between Paul’s Pastoral vision and the vision of the people of God in Peter I.